Actress Dorcas Fapson has reacted to allegation of sleeping with actor Timini Egbuson after they were both spotted in bed together.

The allegation stemmed from a video of the entertainers lying on a bed, which went viral.

Reacting to the allegation, Dorcas stated that people who think that a man and a woman can’t be best friends without sleeping with each other, shows that they have no self control. She also revealed that some guys are scared to talk to her because of Timini. 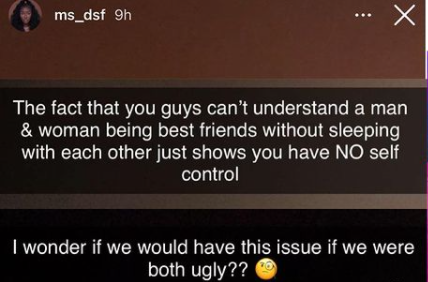 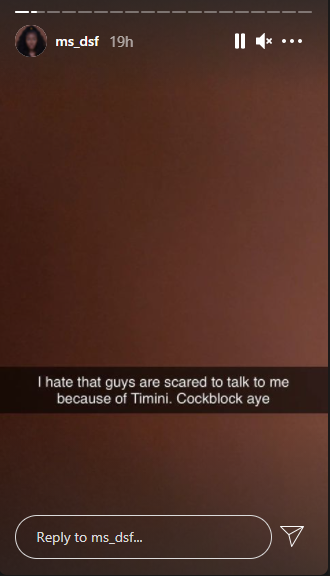